[A story from one of our readers who really loves sharing the books. Thanks for passing on your story to us.]

The elderly man was only 64, but looked 85....he spoke about not being about to get his heart meds for the past month and just today was able to pick them up. He opened his paper bag to show me the plethora of drugs and then I noticed his gaping front teeth and weathered hands and face. He shared with me how he had spent his life making big $$$ as a boiler maker and had taken the hard, dirty jobs up north where the pay was good - but he had sacrificed his body; his heart was in poor condition, his lungs only at 30% capacity due to all the toxic fumes he has inhaled, his back and knees were completely shot - and now the gov't had taken away his disability allowance and just has his old age pension of $300.

He spoke of a life - hard working, but all for naught - as his wife was long gone. He claimed she was just there for the money when it was flowing. Had a condo up north, but the other year when the wild fires came he lost everything and had no insurance....

You know how the story goes -

So we're 5 minutes into the drive and I had to make a stop at a bakery so I invited him to come in with me as I offered to get him something. I placed my order and I pointed out a few yummy things to him and he said the cinnamon bun looked good, I rejoiced that he allowed me to be a channel of blessing for him. He mumbled something about not having his wallet - I quipped up "never mind! I said I would get this for you! My pleasure!"

He insisted on carrying my bakery bag back to the car (we were chatting with ease - as if we were old friends) and we carried on another 5 minutes to his destination where I asked him if I could give him a gift.... He said "SURE"

I popped open the hatch and reached in for a copy of Agape - He sees the book and says; "oh, you're a writer!" "No, NO, not me," I replied. "but I was involved with some of the editing of this book" And I said, "Norman, I don't know if your're a christian, or even if you believe in God, but I want to share this precious blessing with you."

He responds; " when I was in combat, let me tell you, every man believs in God  - as when those grenades go off all around you - everyone is praying to God!"

Addressing him by name I then said; "I just want you to be blessed as much as I have been blessed by this book. I promise you - you have never read anything like this. "

I reach out to shake his hand, and I hold it firmly and say "You know, I don't know what sort of man you are, and it doesn't matter, because I know that God Loves you... and even though I don't know you, I love you too!"

My disposition was one of generosity and cheerful openness - love

He's all sort of taken aback and smiles and says "I'm one of the good guys!"

I respond ; "Of course you are, God bless you!"

As I drove off, I had tears in my eyes - as I considered that if I had kept on driving and not picked up this poor, poor man....I could not have shown him the love of Jesus

I was so VERY blessed today! 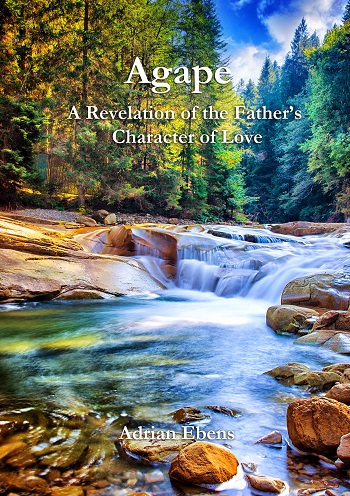